Horror of childbirth in Africa: The baby’s head torn, the hull remained in the mother for another 24 hours

A pregnant woman from South Africa survived a real horror when only the baby’s head came out during the delivery, while the rest of the body was captured for 24 more hours.

Kagiso Kgatla, 19, who was in the sixth month of pregnancy and awaited her first child, watched fearfully from her only the head of the baby.

The terrified mom waited for 24 hours before “giving birth” to the rest of the body. The teenager now intends to sue the Tambou Memorial Hospital in Boxbridge, South Africa, where she experienced a terrible temptation and told the local media about the horror she had been through.

“The doctor told him to push, I obeyed, but nothing happened. After a few attempts, he told me that the baby’s head was seen, and then asked those large forceps, “she said. 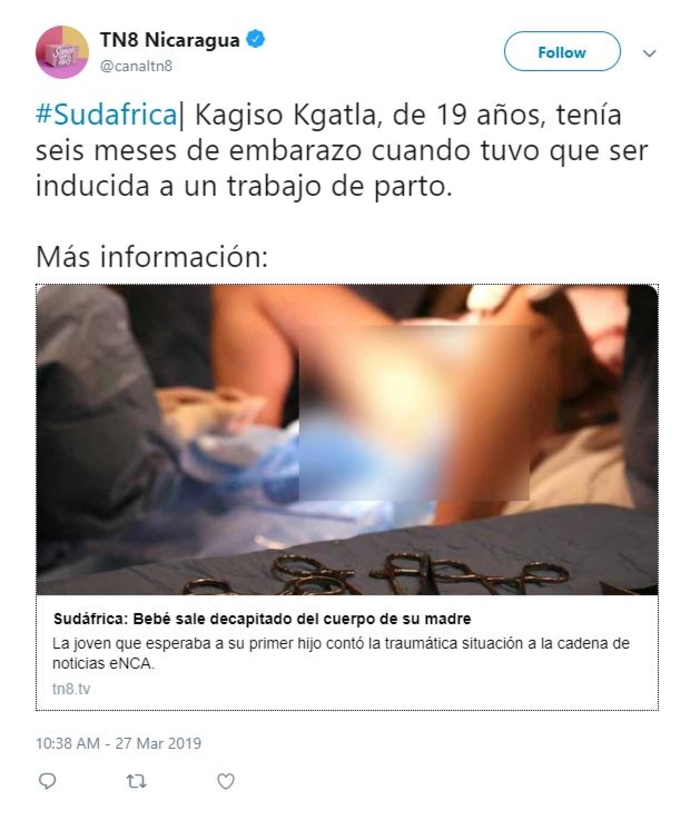 At that moment, as she said, the baby’s head came out. “But only the head and the rest remained inside,” said the mother.

Desperate Kassigo wants doctors to tell her the truth and what happened to her baby.

“If they have to go to jail, let them answer because of what I experienced from them,” she stressed.

The teenage girl discovered that doctors had warned that her baby probably suffered from an abnormality, but she was prepared to take care of her despite the envisaged “difficulties”. Hospital officials insist that she warned her mother that she had little chance of surviving the baby.

“In this case, the head came out only and we tried to see if the rest of the body would follow, but that did not happen,” the hospital said.

A similar case happened in the United Kingdom in 2014, when Laura Galazi lost her baby on the 25th week of pregnancy. During childbirth, the baby’s head remained trapped and then separated from the body.